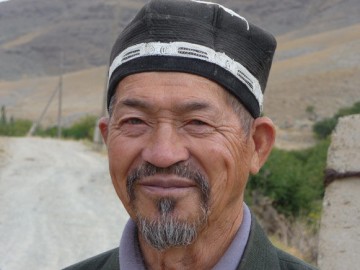 The Nuratau-Kyzylkum area is culturally very diverse. It is home to Tajik, Kazakh, and Uzbek communities, who have maintained their strong cultural identities despite 70 years of Soviet rule. Lying on a northerly arm of the ancient Silk Road, which ran from the Fergana valley to Bukhara city via the fortress town of Nurata, the area is redolent with the past. Nomadic Turkic tribes have lived here even before the Great Silk Road was established. Later Tajik tribes settled in the mountain areas and set up fruit and nut gardens in the valleys close to the mountain rivers. The irrigation systems they established are still the basis of the green beauty of this centuries-old cultural landscape. Cattle, Karakul sheep and goat farming, horticulture as well as sericulture have been part of the livelihoods since ancient times. Additionally, trading caravans have passed through this area, which became an integral part of the Great Silk Road, for centuries.

During Soviet times livelihoods increasingly shifted towards employment in government enterprises. Without a doubt, the construction of road infrastructure and electrification improved the living conditions of the population. 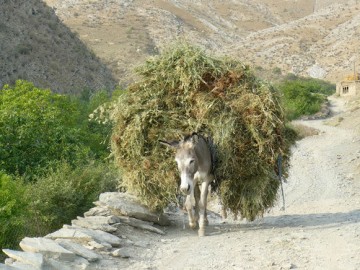 Simultaneously during this time many traditional natural resource management practices were lost and centuries-old institutions removed.

Since the collapse of the Soviet Union and the consequent loss of jobs and funding, the population has desperately been struggling with a dramatic increase in unemployment. As a result, the importance of agricultural subsistence activities has increased in order to sustain livelihoods. Inhabitants cut vulnerable wood resources due to the lack of reliable energy supply. Hunting and fishing supplement the food supply.

In order to improve the economic situation, local people with technical assistance from international NGOs (DED) initiated a community-based ecotourism project in this area. This alternative source of income shall contribute to increasing the people’s standards of living and serve as a motivation towards protecting the environment.