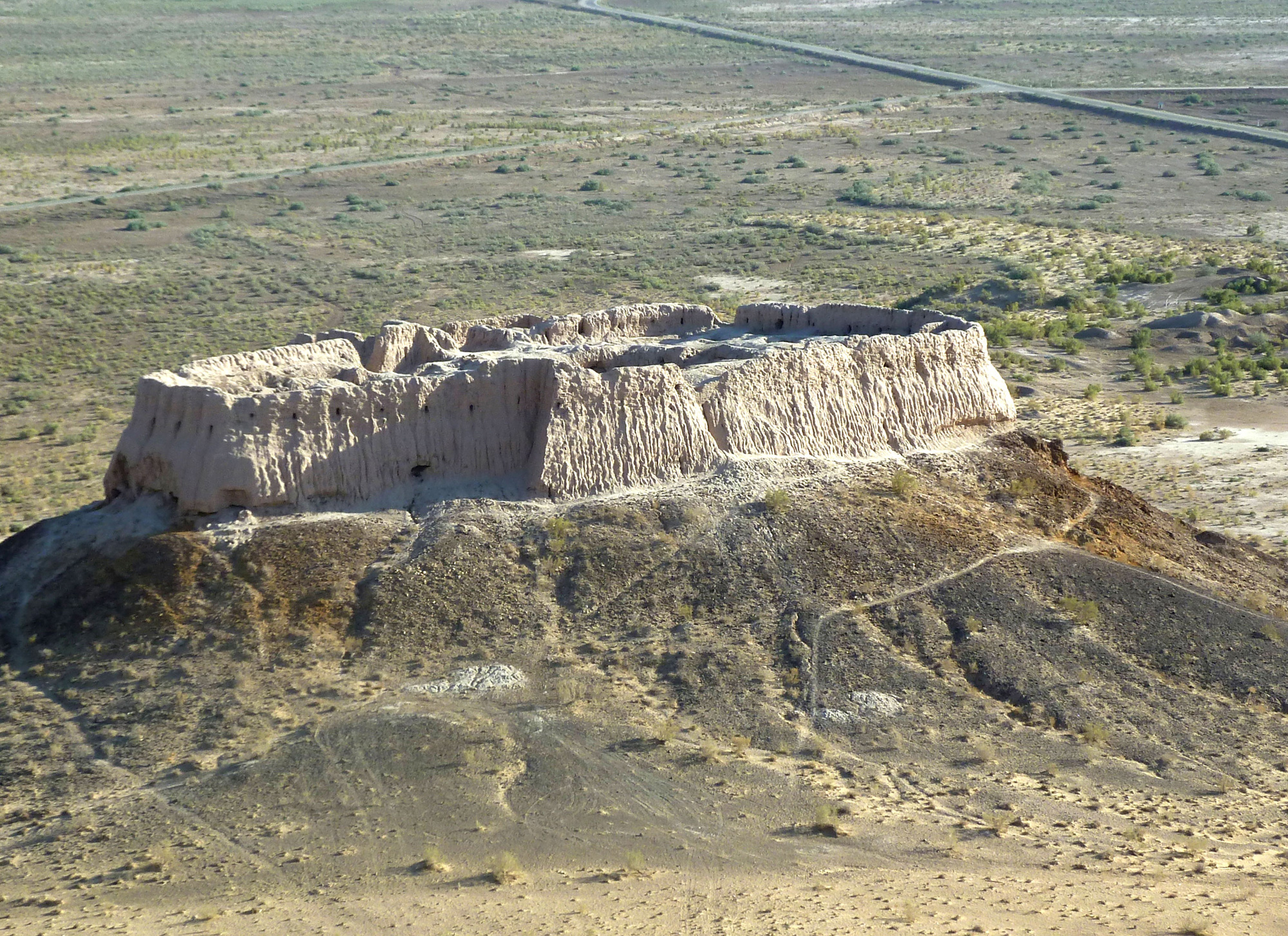 Explore the desert fortresses of Karakalpakistan from Khiva on this day trip. Already 2000 years ago, people who lived in the fertile Amu-Darya delta built many fortresses to defend themselves against the invasions of nomadic tribes, who lived with their herds in the Kyzyl-Kum desert. Most of the fortresses are located at the edge of the Sultan Uiz Dag mountain range. With this day trip to the deserts around Khiva, you will have a chance to explore the ancient desert capitals of Khorezm and learn about the fascinating legends related to them. The program includes visits to fortresses such as Toprak Qala, Kizil Qala, Ayaz Qala, and  Jonbos Qala.

Best time: All year round

END OF THE PROGRAM 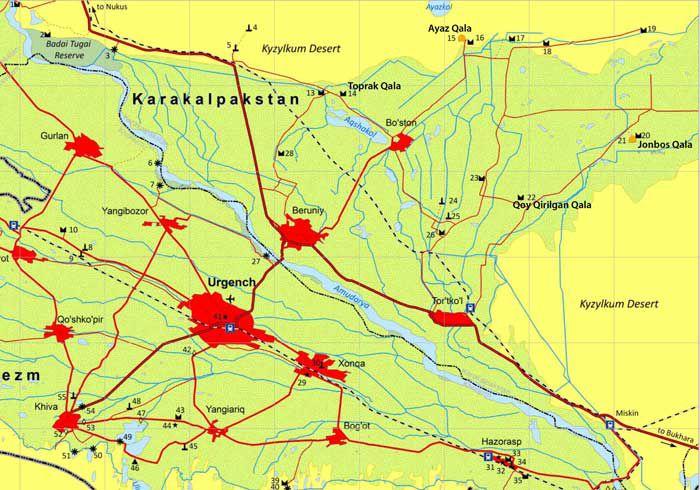 In the morning meet with your guide and driver in the hotel and start full-day excursion to the ancient desert fortresses of Khorezm. From Khiva, you will travel 100km passing the towns of Urgench, Beruni, and Boston to reach Toprak Qala, one of the most impressive desert fortresses in the area. The rectangular fortress dates back to the 2nd and 3rd century AD and was built on a 9m high platform. The city included a temple, a residential area, and gardens. The items and coins that were found during the excavations in Toprak Qala testify the fortress was used until 6 century although it was abandoned for some time in the 4th century. On the way from Toprak Qala to Ayaz Qala, you will visit the small but well-preserved fortress Qizil Qala which might have been an army base. From Toprak Qala head towards Ayaz Qala, the most spectacular fortress of the region. Ayaz Qala consists of three fortress complexes and it is believed to be built during the reign of the Kushan Empire between 1-2 centuries AD. The view from the top of Ayaz Qala to the Kyzyl-Kum desert, the small lake Ayaz and the Sultan-Uiz range is stunning. Lunch in nearby Ayaz Qala yurt camp famous for its traditional dishes. On the way back to Khiva, visit Jonbos Qala and Qoyqirilgan Qala and learn about the fascinating legend related to these fortresses. Jonbos Qala was most probably built as early as the 4th century BC. The double walls of the fortress are 20m high and enclose a rectangular area of 200mx170m. From the top of the two-storied galleries, archers could defend the fortress. Through the loopholes in the fortification walls, they could fire their arrows at the invaders. The unique building style can be traced back to the architecture of the Assyrians and Achaemenids and was not used anywhere else in ancient Khorezm. Inside the fortress, residential buildings were erected on both sides of the wide central road. About 1000 people could be housed in 150-200 rooms. At the end of the main street, the city’s main fire temple was excavated. On the outskirts of Jonbos Qala, a necropolis (burial site) was found. Burial gifts (terracotta statuettes, ceramics, jewelry) discovered here date back to the 1st century AD. Some scientists believe that the town must have been captured by nomadic tribes in the 1st century AD. Another theory suggests that the dwellers abandoned the city when the Amudarya changed its flow in the 2nd century BC, flooding parts of the site. The view from Jonbos Qala onto the farmland and the plains below is gorgeous.  Complete the fortress tour with Jonbos Qala and return to Khiva in the afternoon.
2

END OF THE PROGRAM 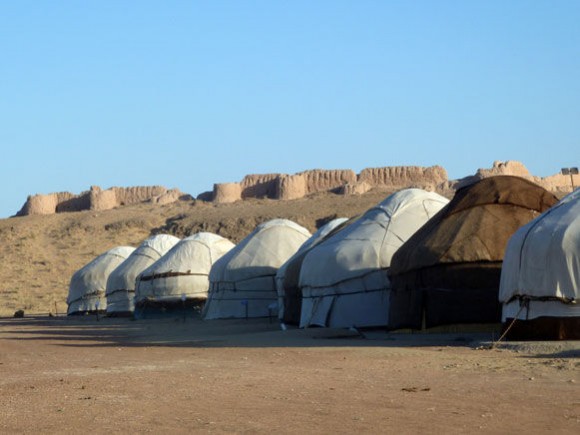 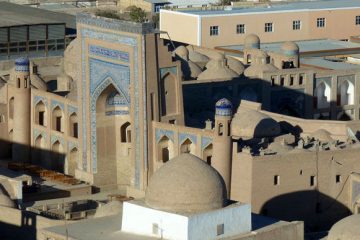 This tour to Nukus, Moynak and Khiva 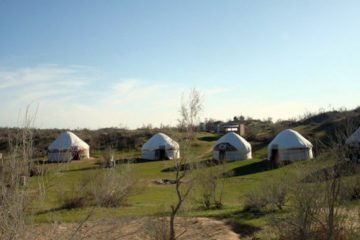 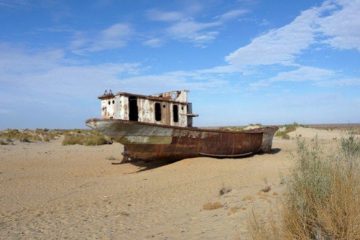